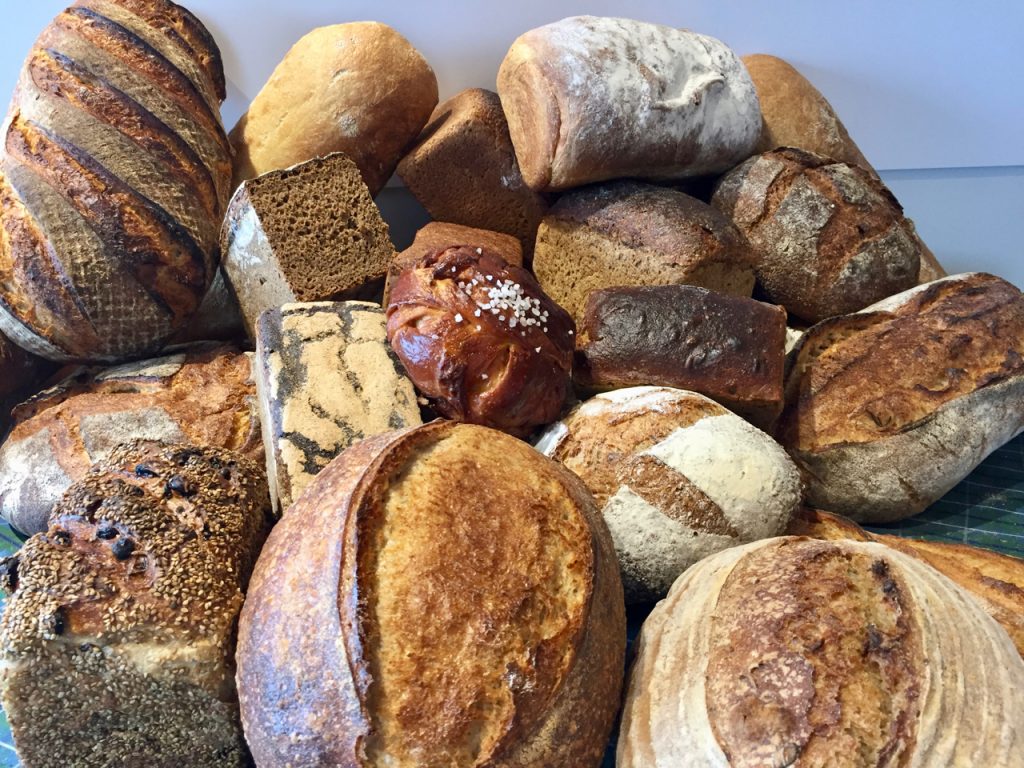 The Scottish Bread Championship 2023 has moved and will be held at Bowhouse in the East Neuk of Fife during Real Bread Week (18th to 26th February 2023).  Bowhouse near St Monans is a well known Food Hub for small food businesses and producers to collaborate, and as such is the ideal location for such a Championship.

Deadline February 15th for all entries.

Scotland The Bread and Scottish Food Guide continue as sponsors and we are delighted the Championship has also received sponsorship from The Edinburgh Bakers Trust, a registered charity whose purpose is the advancement of baking education, arts, heritage, culture and science, whose core activity is to award small grants to bakers and other related organisations.

Judging will take place on Thursday 23rd February at Bowhouse with a dozen or so eminent judges including chefs, grain experts and representatives from the Real Bread Campaign. New for 2023 is “The People’s Bread,” a loaf made to Scotland The Bread’s ‘People’s Bread’ standard for a well-fermented loaf, made with a high proportion of locally-milled organic Scottish-grown grain, aimed at producing a nutritious, affordable and accessible bread for everybody.

Another new class for this year’s Championship is Sourdough Pastries, aimed at celebrating the skill of Scotland’s artisan bakers who use traditional long fermentation methods to produce favourites such as croissants and Danish pastries. Entries in this category can be sweet or savoury and must comply with the Real Bread Campaign’s definition of ‘real sourdough’ that excludes added baker’s yeast and chemical leavening agents as well as the additives and processing aids that are commonly used in industrial bread products.

The Championship Results will be announced on Saturday 25th February at the inaugural Scottish Real Bread Festival at Bowhouse.  Bronze, Silver and Gold certificates will be awarded, with one overall Supreme Champion and a Reserve Champion.  Previous winners were Wild Hearth Bakery, Comrie and Company Bakery, Edinburgh.

The Scottish Real Bread Festival will be a celebration of all things bread and bread-related with presentations and displays, stalls and talks, workshops and debates, with a full programme issued in due course on Scotland The Bread and Scottish Food Guide websites.

The Scottish Bread Championship was founded by Wendy Barrie of Scottish Food Guide and Andrew Whitley of Scotland The Bread in 2017. Both dedicated to Real Bread, baking skills and natural ingredients, they felt there was a gap needing filled in the food calendar, a need to celebrate those dedicated to making bread naturally, with wholesome ingredients and natural starters.

Good luck to all the entrants & look forward to welcoming visitors & participants to the festival on the Saturday. Email Wendy for any enquiries re entries/stalls etc.

PrevPreviousYours Aye – Our Hogmanay Round Up 2022
NextA New Year: A New World?Next